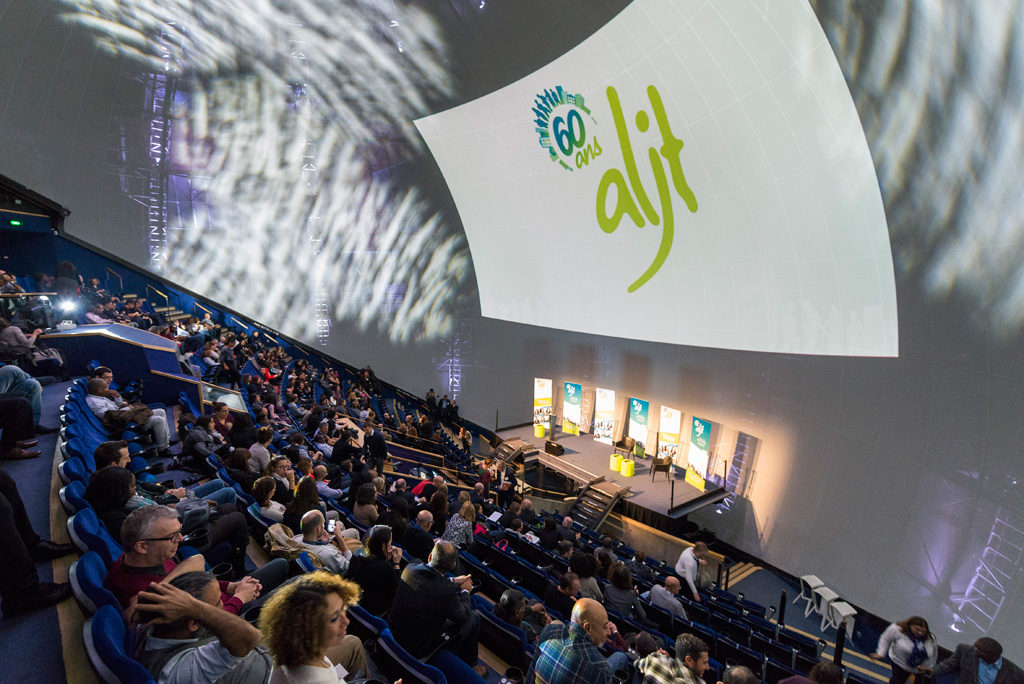 The ALJT organised a manifesto on Thursday 13 October 2016 at La Géode to celebrate its 60-year anniversary, in the presence of around 400 institutional partners, local and regional elected representatives, and collaborators.

The opening of the manifesto by Mr François Dagnaud, Mayor of the 19th arrondissement of Paris where the ALJT manages several residences, was followed by the afternoon screening of the documentary film « Along with them », which presents the background and everyday life of young residents.

In addition, six ALJT young residents of Gennevilliers, Paris, Pontoise, Saint-Ouen and Vitry-sur-Seine were present in the room as « local witnesses » to exchange with the participants throughout the Manifesto.

A first round table discussion was then dedicated to sustainable and cohesive residences, with an insight on the partnership between the ALJT and the Red Cross for the accommodation of young migrants, and then with the presentation of an award winning project under the “Réinventer Paris” construction project: the “Serre Habitée” (the inhabited greenhouse), with ICF Habitat la Sablière, represented by its Managing Director, Mr Jean-Luc Vidon, but also Mr Vincent Saulier, architect of the future residence.

The second round table discussion dealt with the construction of the residential and professional path of young people, and was divided into three sessions: (i) the involvement of social housing providers and Action Logement; (ii) the accompaniment of the young people in apprenticeship with the CCI Paris Ile-de-France; and (iii) the mobilisation of the social partners to accommodate young people; with the participation of Mr Jacques Chanut, President of the Fédération Française du Bâtiment (FFB – French Building Federation) and President of Action Logement, and Mr Jean-Jacques Perot from the CFDT.

Both round table discussions started with a question which was answered by two sociologists: « How important is housing access for young people?” and “Is the situation of young people changing?”

The Manifesto ended with the interventions of Mr Daniel Lenoir, managing Director of the CNAF, and Mrs Gabrielle Gauthey, Investment and Local Development Manager at the Caisse des Dépôts et Consignations, founding partner of the ALJT. Mr Sylvain Mathieu, Interministerial Delegate for housing and access-to-housing (DIHAL), closed the Manifesto.

At the end of this afternoon, in order to confirm the commitment of the partners to the youth, Mr Jean-Pierre Brunel, President of the ALJT, signed three agreements in order to facilitate access to housing to young people and secure their experience: one with Action Logement and APAGL, and two others with ICF Habitat La Sablière and Droit de Cité Habitat. 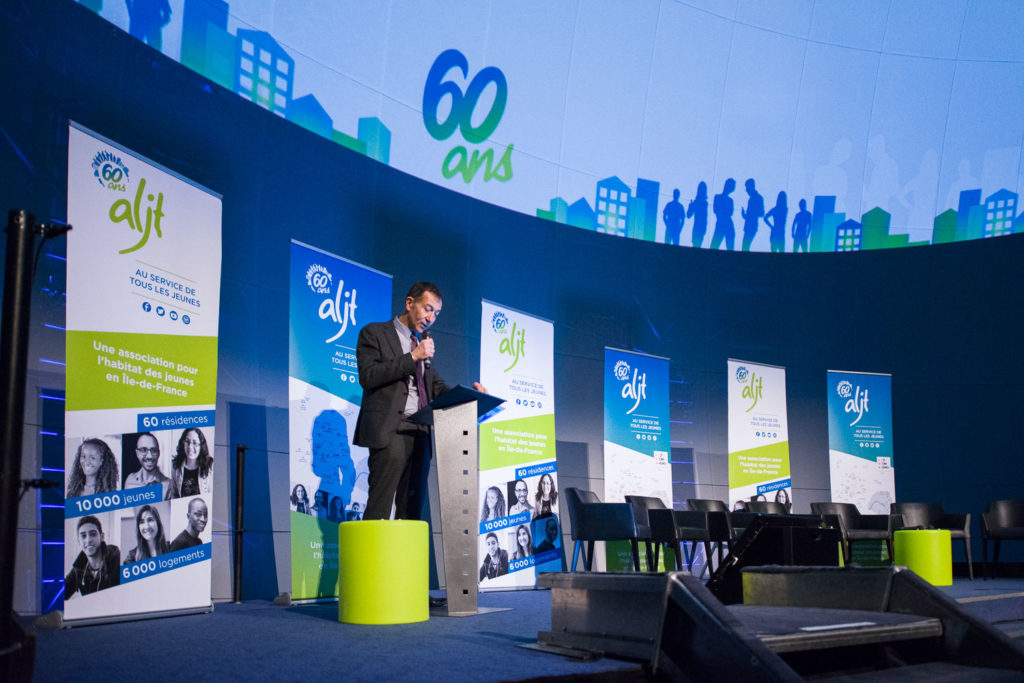 Opening of the Manifesto by Mr François Dagnaud, Mayor of the 19th arrondissement of Paris 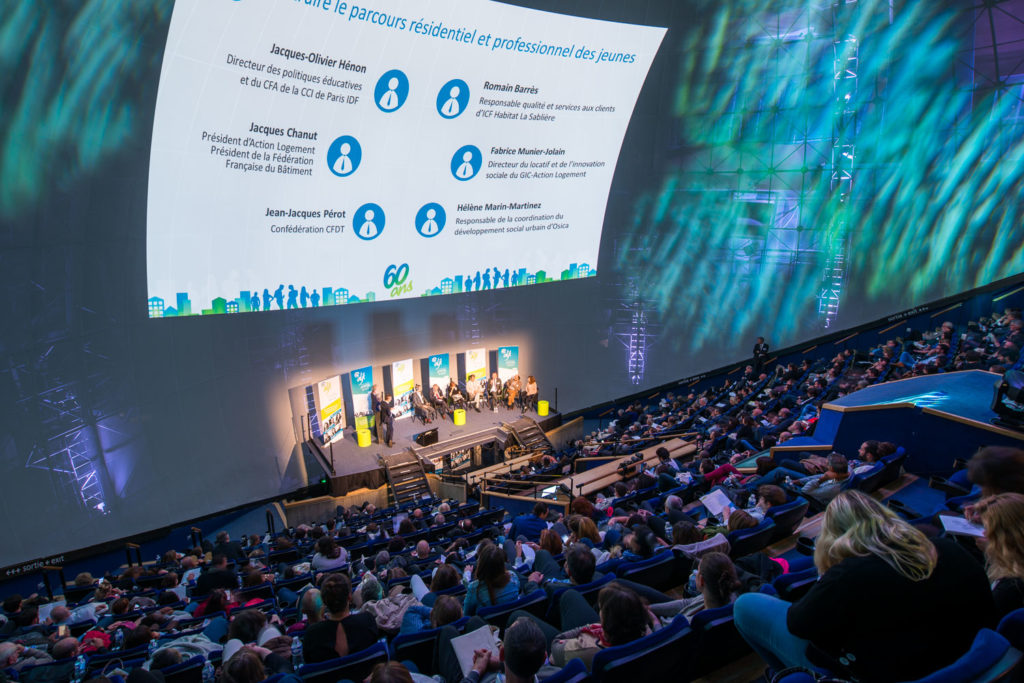 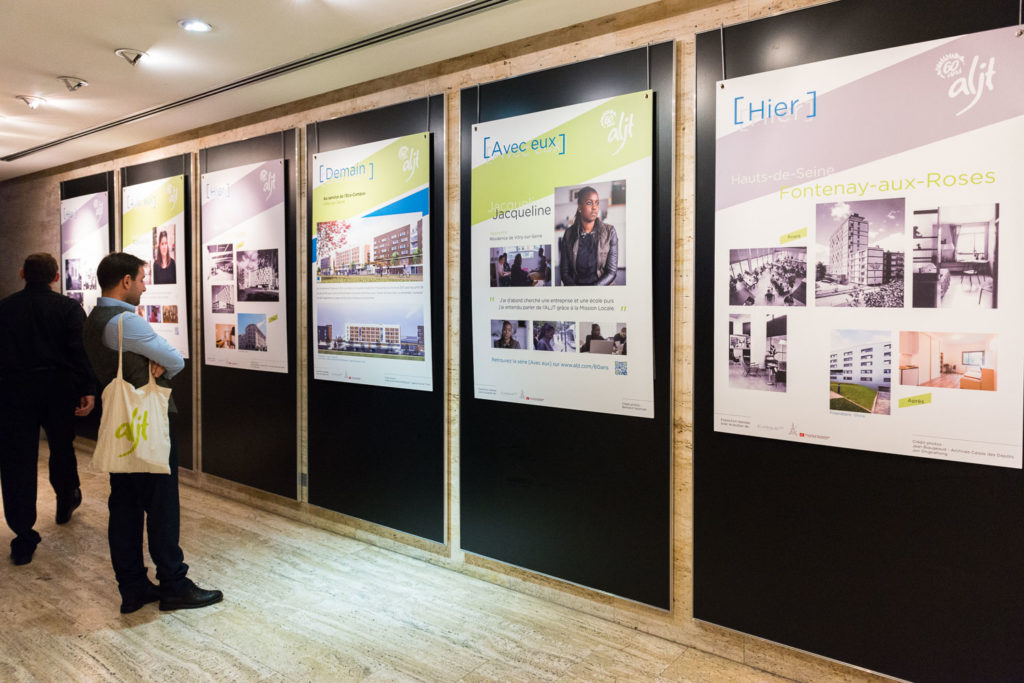 → Find the event highlights on Storify

Opening of a residence in Meaux

In March 2017, the ALJT will open its 3rd residence in Seine-et-Marne…
Lire la suite

International Women’s Day at the ALJT

On the occasion of International Women’s Day, the ALJT returns to its…
Lire la suite